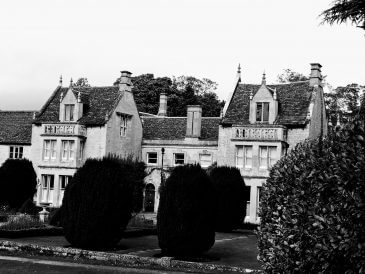 As you drive through the village of Little Casterton and you will find Tolethorpe Hall, a grade II listed building which occupies around seven acres of land.

Built in the 1088 the building has seen many changes since then and in 1864 around 700 years later the property fell in to disrepair. It was then purchased by Charles Ormston Eaton who carried out a major reconstruction of the hall and formal gardens. He added a large wing on the east in the Jacobean style, and another smaller one on the west. The date 1867 appears on brackets of the rainwater heads.
With over 900 years of history, who knows what we will uncover.? This building is mind-blowing

Guest attending will have the opportunity to work in small groups and use ghost hunting equipment as well has participating in Table tipping, Ouija board sessions and seances

Little is know about the Tolethorpes, but we do know that Sir Tomas Burton served as an MP and High Sheriff of Rutland three time. Parliamentary seemed to go with the house, in 1316 the house was purchased by Francis Browne who was also an MP for Stamford and High Sheriff for 1524.  His grandson Robert Browne was born at Tolethorpe, and later became the leader of the Brownists, early advocates of a congregational form of organisation for the Church of England. In 1580 he attempted to set up a separate church in Norwich, he then moved to Middelburg in the Netherlands in 1581 but he returned to England and to the Church of England, being employed as a schoolmaster and parish priest.

Tolethorpe Hall has never before been investigation. We are the first paranormal team to be allowed into the amazing grade II listed building. But with over 900 years history, there is no doubt that this wonderful building has spirits that would like to talk.

When we was being shown around our psychic picked up and a young lady walking in the attic rooms. A man has been seen sitting the chair by a member of the staff, and moments later he was gone! Sounds have been heard coming from rooms when nobody its there?

So what will we encounter? We have several areas to explore from the main building to the attic rooms and basement cellars. Who’s willing to join us on this new and exclusive investigation?