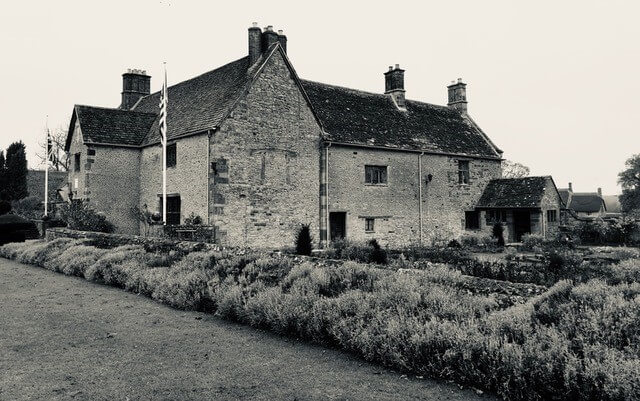 The manor started its long history as a priory. During the dissolution of the monasteries, it was surrenders to the Crown. Lawrence Washington, who was a former Mayor of Northamptonshire bought the property from King Henry VIII in 1539. Lawrence was the 5th times Great Grandfather of the first President of the USA, George Washington.  So, this house provides great connections between the UK and USA.

The Washington ancestors would live here for the next 120 years!

Do any of the Washington family still exist here? Do they haunt their old family home?

So, what spirits continue to live in their family home? Who are the spirits in the attic?

Wander through the rooms, attic, cellars, courtyards, walled gardens and outbuildings and soak up the atmosphere of this once thriving household. When darkness falls, the manor transports you back in time…

Why not join us on our ghost hunt and see who you will meet? Experience this magnificent family home for yourself and be a part of discovering the Washington family!

If you like this one, why not check out our other paranormal investigations at Belgrave Hall or check out  Abington Museum Ghost Hunt