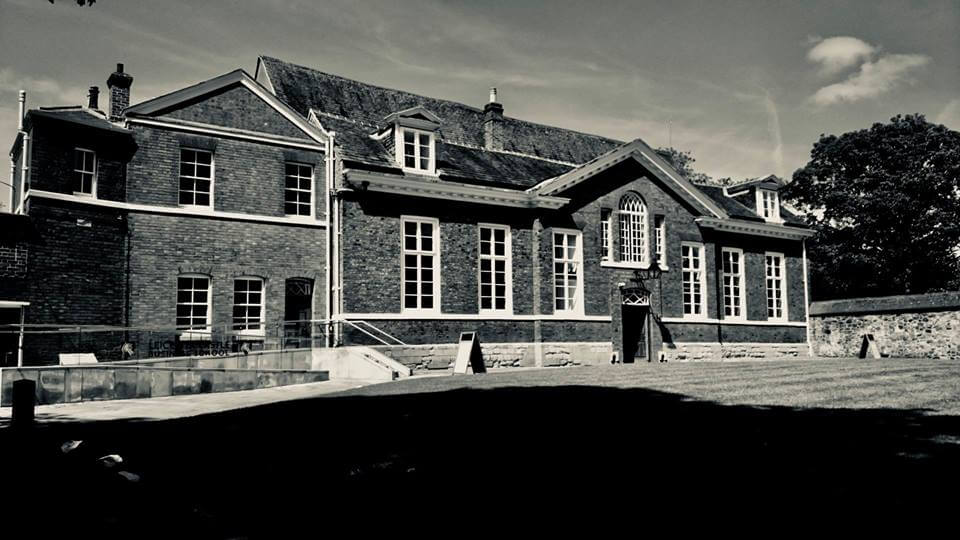 Leicester Castle Paranormal Investigation. EXCLUSIVE to Haunted Heritage. Come and join us for a Paranormal investigation at Leicester Castle. What you see today is the remain of a once important building where parliament was held.  The Castle is situated in the west of the city centre. A large motte and the Great Hall are the two substantial remains of what was once a large defensive structure. The hall is now encased in a Queen Anne style frontage.
Similar venue to this; Abington Museum

Over the castles 800-year history many powerful people have stayed here.  Simon De Montfort was a powerful man who inherited Leicester Castle and became the 6th Earl of Leicester in 1208. In 1264 Simon De Montfort led the Barons’ rebellion. He defeated King Henry III to become the uncrowned King Of England.

John of Gaunt, third son of King Edward III, inherited Leicester Castle in 1361. He was a solider, statesman and one of the richest men in England. He always liked Leicester Castle and made many improvements to it making it an extremely grand venue, he stayed here until his death in 1399.

Leicester Castle was also besieged, captured and ransacked during the English Civil War by the Royalist under the command of King Charles I and Prince Rupert in May 1645.

In 1821 the Great Hall was converted in courtrooms and used up until 1992, it was here where the trial took place for the famous Leicester’s Green Bicycle Murder.

EXCLUSIVE to Haunted Heritage. 11th century Leicester Castle, where Chaucer and Richard III stayed, and later – as the city’s crown court – heard some of the most shocking crimes to be tried. On our first visit we was not disappointed! Cell doors shutting on their own, dark shadows seen by guests, K2 equipment off the scales… it doesn’t get better then this!

Turn yourself from an armchair ghost hunter to the real thing on this exclusive paranormal investigation at Leicester Castle, scene of the city’s executions, trials and imprisonment.  Limited Tickets available.