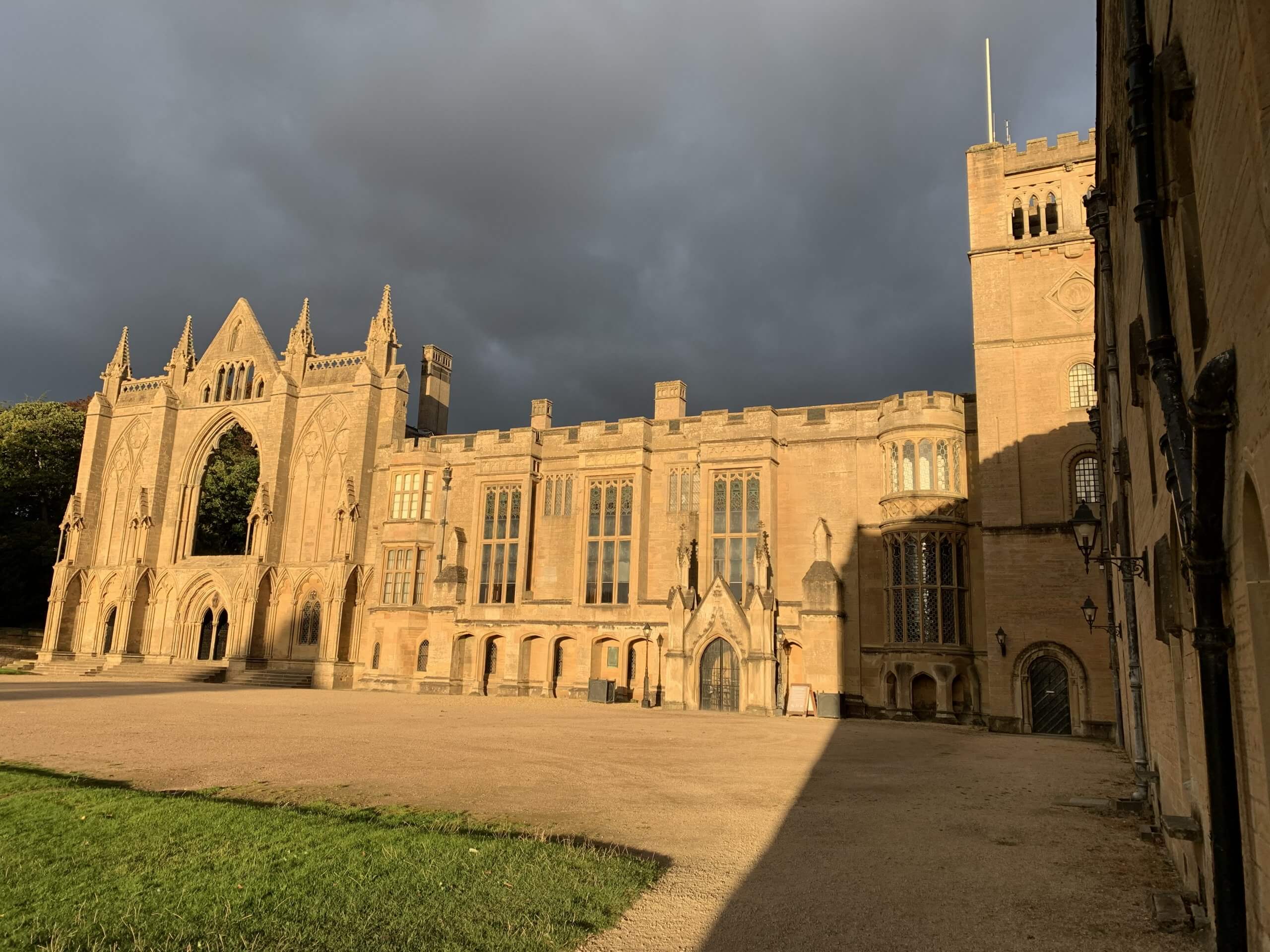 Our Ghost Hunt at the fantastic Newstead Abbey!  Are you brave enough?

Haunted Heritage has the perfect venue for a paranormal investigation …

Newstead was built in the 12th Century as a monastic Abbey so had over 800 years of history.  It retains its original medieval characteristics and is a beautiful place to visit.

We need your help to discover whose spirits still reside here?

The abbey was also home to the famous poet, Lord Byron and you will have the chance to wander through his private apartments, the Victorian kitchen and room displays.

After Lord Byron had sold the Abbey in 1818, other families purchased the Abbey and lived in this amazing place.  In its day it would have been a hive of activity so is most definitely haunted!

Who is the “White Lady” who has been seen walking the gardens?  And who is the “Rose Lady”?  Why do their spirits remain here?

Wander through the chilling rooms and soak up the atmosphere of this once busy house.  It takes on a whole new feel when darkness falls…

Will you hear those “bumps in the night”?  Will you see ghostly figures wandering the grounds or get goose bumps from the eerily cold rooms?

With many ghost stories, this is the ideal location for a paranormal investigation… what does Halloween have in store for the team as they investigate Newstead Abbey?

Why not join us on our ghost hunt and see who you will encounter?

Experience this magnificent medieval building for yourself and be a part of discovering the families who once considered the house their home.  Use our paranormal equipment yourself to see what phenomena you can capture!

Why not take a look at our past events gallery and information to find out what is in store when you brave an investigation??

The History of Newstead Abbey

Contrary to its current name, Newstead was never actually an abbey: it was a priory.  It was built during the 12th Century and even today, some of the original medieval characteristics of the building remain.  It is truly an amazing place to visit with 800 years of history to behold.

In the late 13th century, the priory was rebuilt and extended. It was extended again in the 15th-century, when the Dorter, Great Hall and Prior’s Lodgings were added.

The priory was designed to be home to at least 13 monks, although there appears to have been only 12 (including the Prior) at the time of the dissolution.

During the 19th Century, Newstead Abbey was the home to the famous poet Lord Byron.  In 1818, he sold the house and grounds and during the Victorian era, other families resided here.

Many ghost have been seen at Newstead Abbey.

One of the ghosts seen on the grounds over the years is the “White Lady”. She is called the White Lady because she is always seen wearing a white dress. Her ghost is seen in Newstead’s expansive gardens.

Another ghost seen at the Abbey is called the “Rose Lady”. This entity is seen in a passageway located at the bottom of the staircase. When the Rose Lady appears she is always accompanied by the scent of roses or lavender that lingers after she disappears.