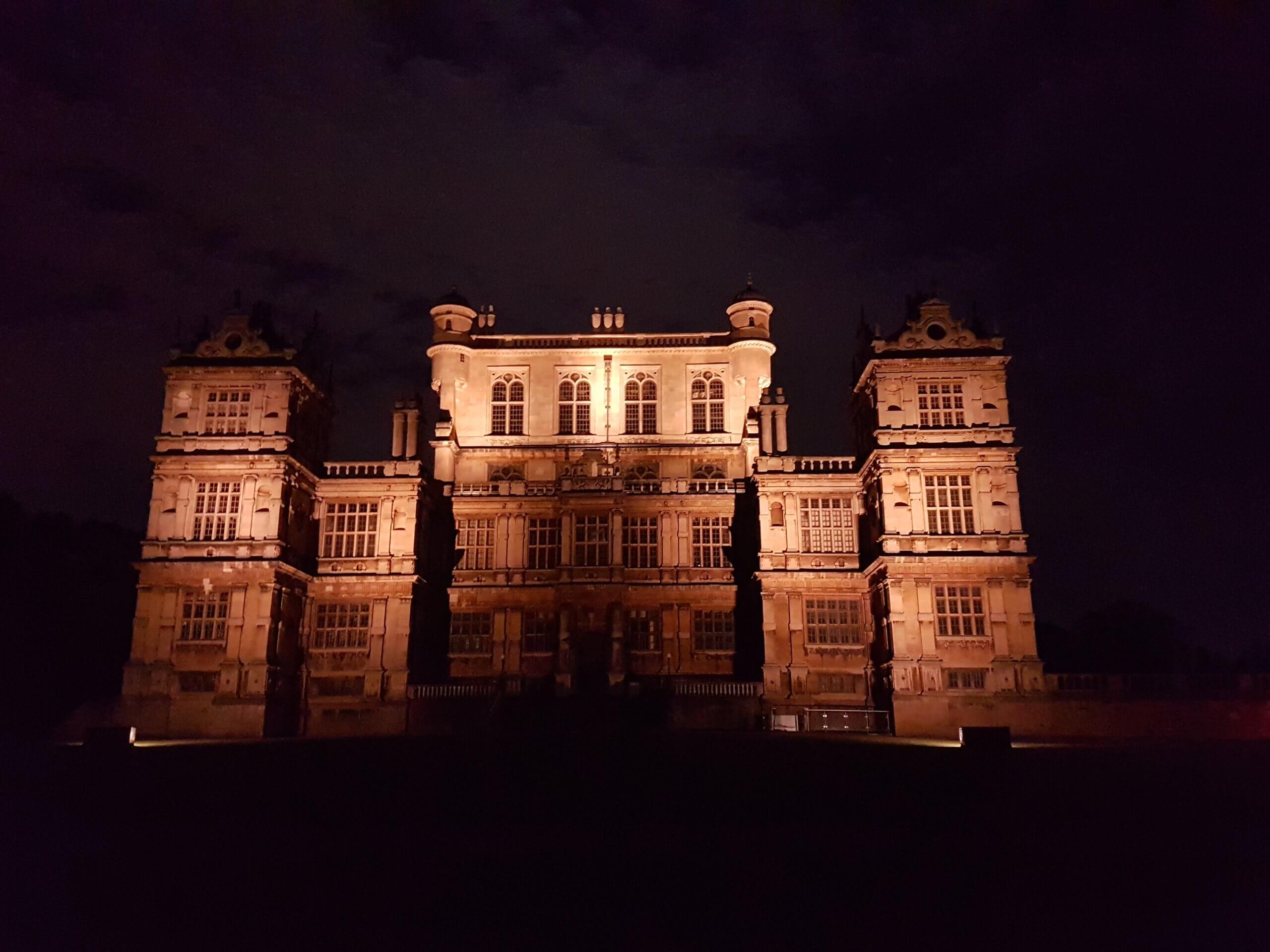 Our Ghost Investigation at the amazing Wollaton Hall.

Wollaton is one of the most popular events for Haunted Heritage.  You may ask why?

Built in the 1580s, Wollaton has been a family home for centuries.  Set in 500 acres of parkland and with a huge lake, this is a stunning location and gives our paranormal investigations plenty of history to uncover.

What did happen to the girl by the lake?

In the early 18th Century, there was a devastating fire at Wollaton.  The interior of the mansion was most affected and a man named Jeffry Wyattville was entrusted to remodel the interior.  Famous for his work at Chatsworth House, he was the ideal person to restore this building to its former glory!

Whose spirits remain within its walls?

In 1925, the house was brought by Nottinghamshire County Council and was opened as a museum… with some very unusual artefacts.

Why not join us on our ghost investigation at Wollaton Hall?

Wander up the long, regal driveway and see the magnificence of the architecture.

There are vast cellars kitchens and large rooms for you to venture through.  Who lived and worked here?  What secrets do the ghosts of Wollaton have to share? With ample ghostly sightings and paranormal activity, we know this is an exceptional venue and we know that you will not be disappointed!

And who are those children who run around in the kitchens? What mischief are they up to?

Come along to our ghost hunt at Wollaton … see what answers you can provide to our questions??

The History of Wollaton Hall

Built between 1580 – 1588 by the Willoughby family, this ancestral home and its inhabitants have bore witness to key periods in British history. With links to Lady Jane Grey the 9 – Day Queen, the English Civil War and World War II, this venue has many stories to tell.

There have been reported ghost sightings and paranormal occurrences for many years from staff who lived on site through to visitors and witnessed by the Haunted Heritage team.

This is a large venue with a great deal of history to work with, a perfect location for Haunted Heritage. The Team are very much looking forward to working with this venue and its ancestors.

A white lady has been seen exiting the rear of the Hall making her way towards to Orangery and then across to the stable block.

Room 19 has had reported amber light illuminating doorways and windows but not one is there, one report even stated that the power to the hall was actually switched off at the time.

K2 activity is strong throughout the venue but increases in the cellars and kitchen area where the energy of soldiers possibly 17th century.

Doors have been witnessed by the Haunted Heritage team to close for no apparent or rational reason.

Michele Smith Co Founder of Haunted Heritage worked at the Hall and whilst in the stable block which is now a retail area heard on many occasions the noise of something heavy being dragged across the cobbled floor.