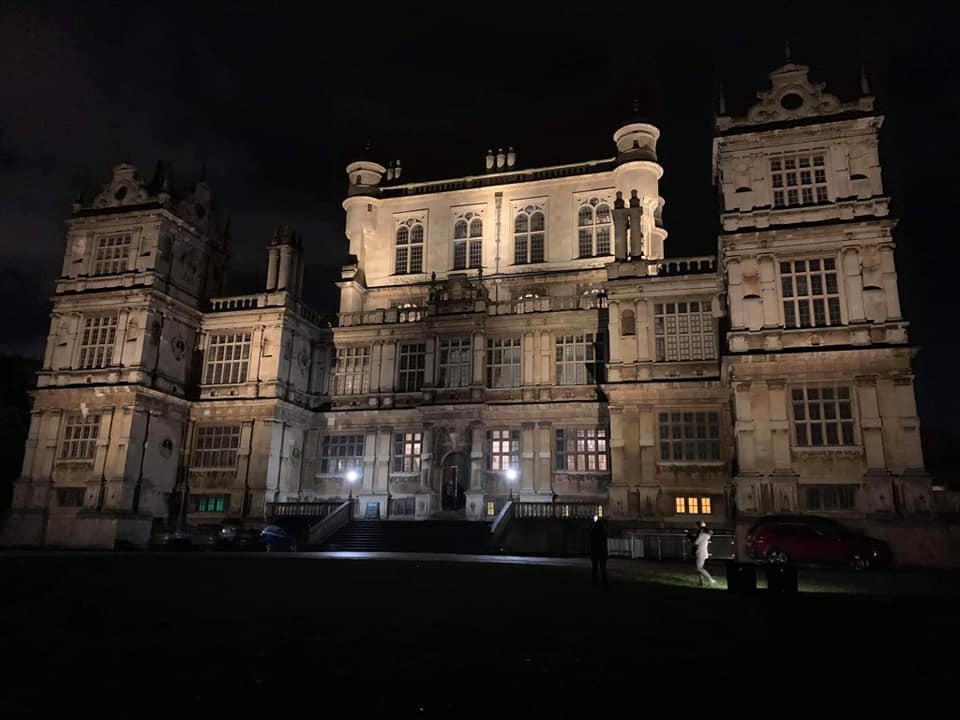 Ghost Hunt, Wollaton Hall –
Upon your arrival at the Park you will be astounded by the magnificence of this 16th century mansion, which dominates the skyline.

The mansion today is a natural history museum and events venue which is set in 500 acres of park land and overlooks a lake and stable block.

It’s iconic image will be well known to most people from the midlands but what they wont know just how many hauntings have been reported over the years.
Another of our venues similar to this, Newstead Abbey

Built between 1580 – 1588 by the Willoughby family, this ancestral home and its inhabitants have bore witness to key periods in British history. With links to Lady Jane Grey the 9 – Day Queen, the English Civil War and World War II, this venue has many stories to tell.

There have been reported ghost sightings and paranormal occurrences for many years from staff who lived on site through to visitors and witnessed by the Haunted Heritage team.

This is a large venue with a great deal of history to work with, a perfect location for Haunted Heritage. The Team are very much looking forward to working with this venue and its ancestors.

A white lady has been seen exiting the rear of the Hall making her way towards to Orangery and then across to the stable block.

Room 19 has had reported amber light illuminating doorways and windows but not one is there, one report even stated that the power to the hall was actually switched off at the time.

Doors have been witnessed by the Haunted Heritage team to close for no apparent or rational reason.

Michele Smith Co Founder of Haunted Heritage worked at the Hall and whilst in the stable block which is now a retail area heard on many occasions the noise of something heavy being dragged across the cobbled floor.