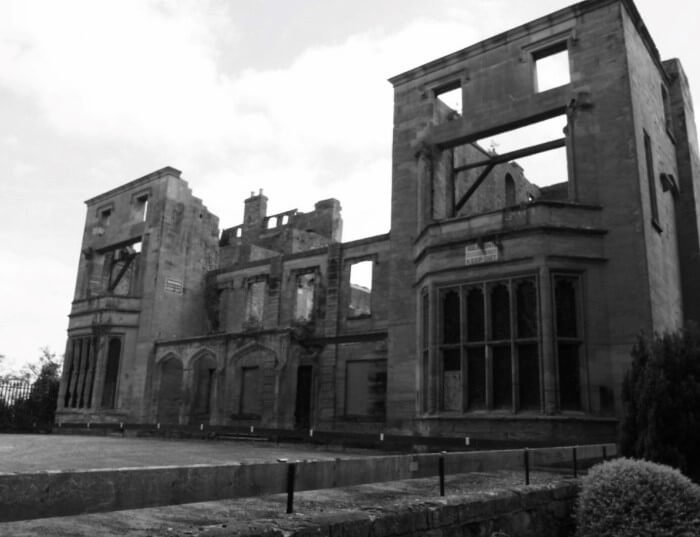 Our Ghost Hunt at the fantastic Guys Cliffe House.

This stunning location has a long and varied history so there is plenty to love about it… especially as a venue for a paranormal investigation.

From its humble beginnings as a secluded place of worship, a family home, a hospital to a World War II Boys Home, Guys Cliffe has seen it all…

With so much history, what spirits still reside here?  Whose ghosts lurk in the eerie areas of this once beautiful house?

Guys Cliffe House has had a number of owners who have considered this their home.  Who were they?  What was their role in the history of this place?

If walls could talk, what stories would they tell?

Guys Cliffe is now a partial ruin but would once have been a magnificent house with stunning scenery.  There are even caves to explore… where hermits are reputed to have lived in bygone years.

Whose spirits roam these caves and who is the lady by the lake?

The remaining buildings are now used by the Freemasons.  Wander through the large, spectacular rooms and take in the atmosphere … when the darkness encroaches, does the ambiance change?

Who still haunts the grounds today?  Who continues to live on from beyond the grave?

With many ghost stories, it seems that some of its past residents refuse to leave so this is the ideal location for a paranormal investigation.

And WHO slammed that door when Haunted Heritage were here last??

Why not join us on our ghost hunt at Guys Cliffe House and see who you will encounter?  Experience this magnificent family home for yourself and be a part of discovering the families who once considered the hall as their home.

If you like this one, why not check out our other similar paranormal investigations.

The History of Guys Cliffe House

What a great location for history lovers?!

If you love varied history, architectural beauty and the paranormal this is the perfect venue for you to visit.

So… what lies beneath?

From poltergeist activity to the sound of heavy footsteps  in empty corridors and disembodied voices, there is lots of uncover at this wonderful location.

On our last visit, while undertaking a ‘watch & wait’ session, several of our guests heard children laughing.  Was this the laughter of the evacuee children?

When Haunted Heritage did a team investigation here in August 2020, there was a very large, metal door heard slam shut … but all of the bigs door were still open and there was nobody was in sight… who was lurking around in the darkness here??  Who made this incredible bang?

Are you brave enough to join the haunted Heritage team on an investigation at Guys Cliffe House?

Can you help to uncover who haunts here?