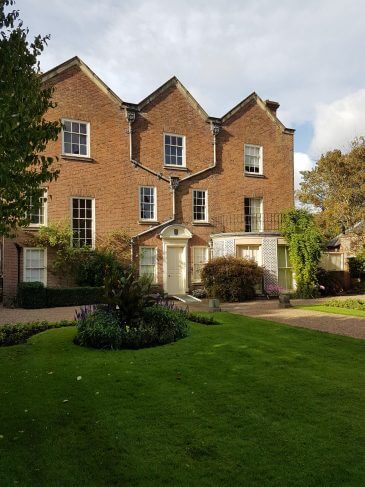 In 1709 when the property was constructed, Belgrave was only a small village three miles from Leicester. Unless you walk round the corner from the main road, you would not see this magnificent building, hiding behind it own garden walls. Its easy to believe that this hall is haunted, all the rooms are cold and empty, there have been many reported sightings of ghostly apparitions walking through the house, and ghost spirits have been seen in the gardens… so who are these spirits? Come and join us as we attempt to find out.

We have similar haunted locations to visit, why not take a look at; Donnington Le Heath Manor House

Haunted Heritage have never investigated Belgrave Hall, however I can speak from my own personal experience.

Whist visiting the hall I had this unsettling feeling of being watched from the bottom of the hall to the top of the first flight of stairs, so strong was this feeling I stopped twice thinking somebody was behind me.. but no one was there.

I continued up the stairs and walked into a room known as the nursery, and out of my peripheral vision I saw a lady dart across the room and out of the door!  Who is she?

There is a cold atmospheric feeling about this whole house. There is no question in my mind… I know its haunted!!